A downloadable demo for Windows and macOS

It's a puzzle game with animal characters. Rules is challenging but easy to follow, laying rails for making trains driving.

Although we named it a Demo. but actually it's more like a Prologue, we put the first chapter of story in this build.

We're likely to release the full version in the next months, it's going to be on Steam, Nintendo Switch and here.

We're also going to join Steam Next Fest, June 2021, if you're interested, you can also follow this game on our >>Steam Store Page<<

*Please noticed the demo  is time limited, it will get removed after we completing this game*

Tails of Trainspot is a game where you can forget the troubles in reality, immerse yourself in the world of Packan Islands, communicate with the island's animal inhabitants and explore the mysterious history of Packan Islands in depth.

In Tails of Trainspot, in addition to the regular story mode, there is also an endless mode for players who want more advanced puzzles, plus a challenge mode that allows players to rank against other players.

What you will experiment in Tails of Trainspot:

Tails of Trainspot is a logical puzzle game with simple but challenging rules that are easy to follow.

The rules in short: there are stations on the map with numbers between 1 and 8, standing for the actual count of tracks to a station. To solve a puzzle, players need to think how to lay the tracks from stations to stations, fitting the count of needed tracks and making sure all the stations are linked.

These are the detailed rules:

1. The tracks can only be laid vertical or horizontal between two different stations.
2. The tracks will not cross over other tracks or stations.
3. At most, double tracks can be laid between two stations.
4. The numbers on stations are the total count of tracks, laying in four directions of the station that will need to be met.
5. All stations must be linked eventually, i.e. the trains can drive to every station. 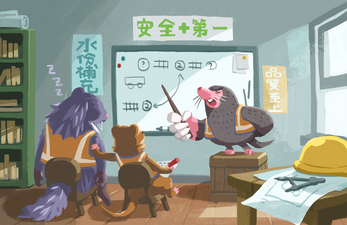